There's a lot to tell and even more that we can't mention. Send us your photos and stories of Balans history to archive@balans.co.uk and we’ll see if we can add them to our potted history.

The Old Compton Cafe opens at No.34

Where the story starts (and Balans No.34 still is to this day). A simple sandwich bar, founded by Sally & Prady Balan and Charles Cotton. It takes 6 months of business to save up for an Espresso machine – a rare piece of kit in those days (except at our near neighbour Bar Italia).

When Charles moves to New York, Sally’s husband, Prady Balan, manages to persuade his old friend David Taylor to take on half of the cafe. Little did David know that three decades later, Balans would be his life's work and he'd still be in the restaurants every day.

Something magical is in the air on Old Compton Street

A DJ friend who plays at the Hippodrome suggests the cafe stays open late for the rave scene. Acid House is kicking off and night club Heaven and others are doing all nighters. The very first late shift, Balans serves one 55p coffee. Soon after, night trade starts to catch on with clubbers and the gay community burgeoning on Old Compton Street, since the opening of our neighbour Comptons in 1986.

The recession of the mid 90s hits the UK but means Balans gets the chance to open its second site at No.60 Old Compton Street, as no one else will take it (lucky us). It's the first time we use the Balans name. No.60 is bigger, even wilder than the late night cafe and ups the ante on the food. All day breakfast is still the best seller, though as in 90s Soho’s heydey, breakfast could be anytime.

Darko joins (followed by many other special people)

We are especially proud of the fact many of our team have been part of the family so long. Darko, now running Balans Kensington has been with us over 25 years. Most of what makes Balans special is our team. Other longstanding members are Francisca & David both over 15 years and Anca 13 years. In the restaurant world it's rare and special to have relationships last so long!

Did we mention Balans Miami?

A holiday in South Beach spied similar scenes as Soho and Earls Court. South Beach was still run down and dangerous in areas at night - think Miami Vice, but because of cheap property, ocean and good light, Art Deco buildings, it was becoming a go to location for fashion and films. Over a 30-minute chat at 60 Old Compton St , the adventure was decided. Not much further thought put into it except it might be fun. Six months later Balans Miami began. When the Balans family wanted to emigrate permanently to Miami we split the biz and they look after Balans Miami restaurants to this day.

Possibly our favourite No.60 fashion moment (and there have been quite a few) as Lady Gaga immortalises this dress during a 2am dinner with us.

One of the most beautiful smiles that lit up many an evening at Balans was one of our most missed regulars - Amy Winehouse. One eve in 2010 it was not only her smile that lit up the place and she was given a stern ticking off for smoking inside. A round for all the team and persuasive chat meant she charmed her way from being barred. FYI please note we cannot usually be bribed with drinks.

Simon Costin, critically acclaimed art director and set designer renowned internationally for his collaborations in particular with Alexander McQueen created a new Balans interior world which taps into the individual character of each Balans.

Wow, what a whirlwind year. We had to shut for COVID lockdown (the first prolonged shut for any of our current locations) but hmore jazzed than ever to do what we do, we had a magical summer - especially with Soho al fresco 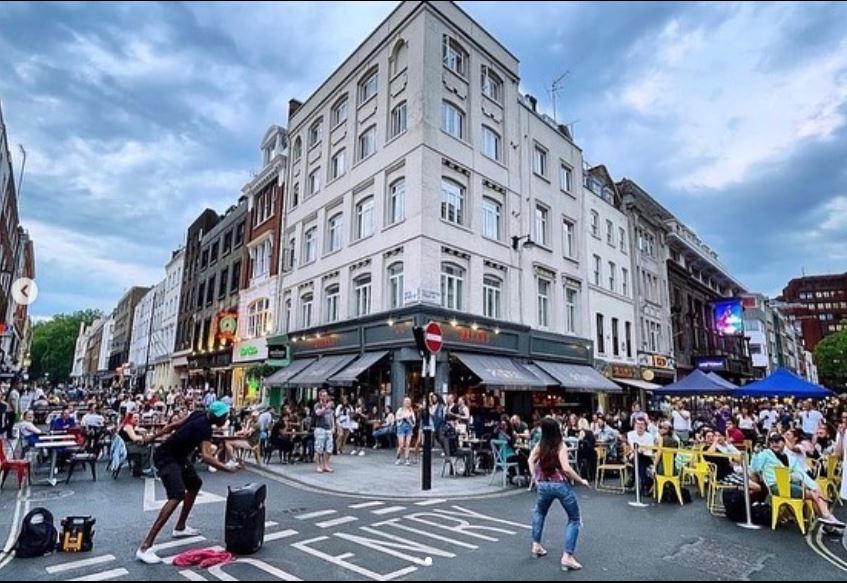