George Skeggs, more commonly known – although there’s nothing even remotely common about him – as ‘Soho George’ is one of the last true Soho legends. Self-described as a ‘heterosexual Cockney artist, Hogarthian rake loves individuality, style, sleeps in front of a mirror, the ex-gigolo old man held together with polygrip & rubber bands’, George has more style in his big toe than most of us will ever have in our entire lifetimes.

Not only possessed of unique and sophisticated elegance, he’s also a brilliant surrealist artist and chronicler of the history of Soho on twitter @SohoGeorge. 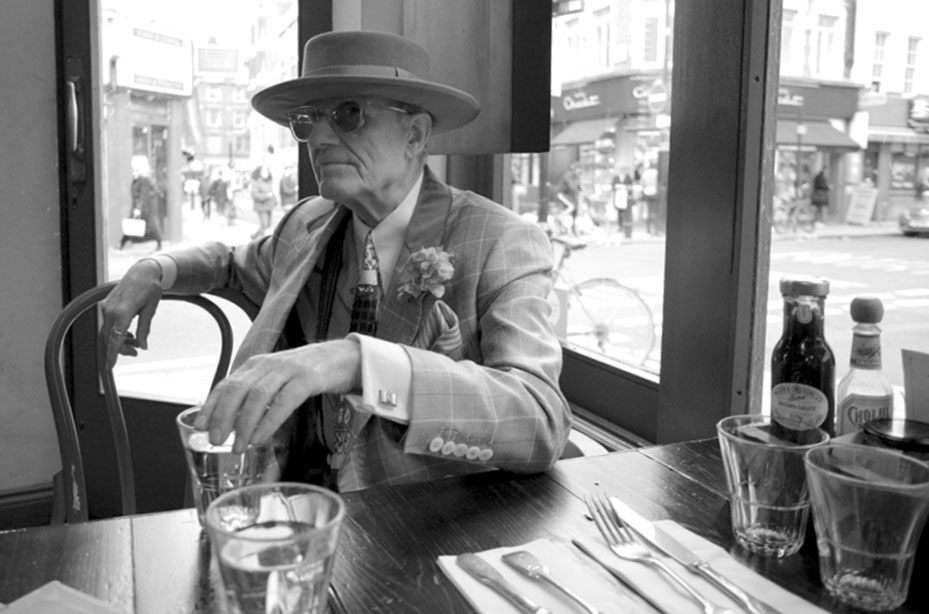 George first came to Soho when he heard that the 1950s Rock ’n’ Roll BBC television show, ‘Six-Five Special’, was to be broadcast live from The 2i’s Coffee Bar in Old Compton Street – nearly directly opposite where Balans Soho No.60 now resides. ‘It was like another world; there were girls on the street propositioning men and pimps on the street.

It had that edge; it was dirty, flashy and seedy. You could always smell Soho, it always had that special smell. When you were walking up from Oxford Street, you could literally smell it. It was the place to be, it was our playground.’

Posted on 7 July 2020 in Balans insider and Creativity.

Enter your email here to receive a voucher for 35% off food and drink at Balans. Voucher will be sent to your email address.  Use

Life Drawing at Balans No.34

It’s back! The next life drawing class at Balans No.34 (the little one) in Soho will be on the 21st March. Join us, and unleash

LIFE DRAWING THIS VALENTINE’S DAY: Once a month, Balans No.34 (the little one) in Soho will host a life drawing class with a model

Save Soho’s al fresco: share your views with the council

Soho residents and workers. Thanks for your help over the past year with the campaign to keep Soho al fresco going in future years. I’m

The last year and a half has been tough for us all but especially the live arts, so we’re delighted to be taking part in

Another talented young artist showcasing her work at Balans No.60 Old Compton Street is Annie-Rose Fiddian-Green. The entrance wall to Balans No.60 has a burst

Happy National Tree Day! Today we are celebrating the amazing Sapling Vodka, our most sustainable brand, whose main focus is planting a tree for every